Ryotaro Sorami (Ryo-jii) is a character of "Star☆Twinkle Pretty Cure". He is an administrator of a small astronomical observatory. He has a warm and gentle atmosphere. But I set forth a new hypothesis that Ryo-jii might be a villain. Because he is so suspicious person from some points of view. 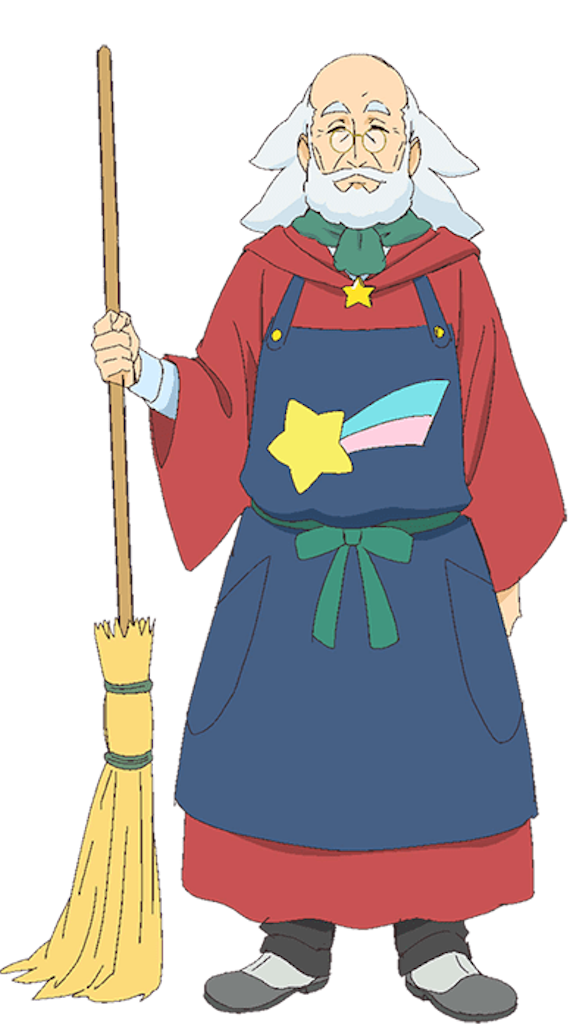 【fig.1】Ryo-jii
If it is a horror films, the characters of these types are villains.

See the fig.1, he may looks like he is smiling.
But imagine the face that he does not wear the round glasses. Ryo-jii has an unpleasant look in his eyes.

What does he do in the astronomical observatory？

He just always cleans around/in the building. Why doesn't he observe the universe?

....uh, just because Hikaru visits there in the daytime. It is not a night! The only thing he can do is just cleaning! He is working!