Hikaru's father, Yoichi, finally appeared in the "Star☆Twinkle Pretty Cure" ep.22. The strongly unique character that influences the main story has been expected for him. But he doesn't have the one. 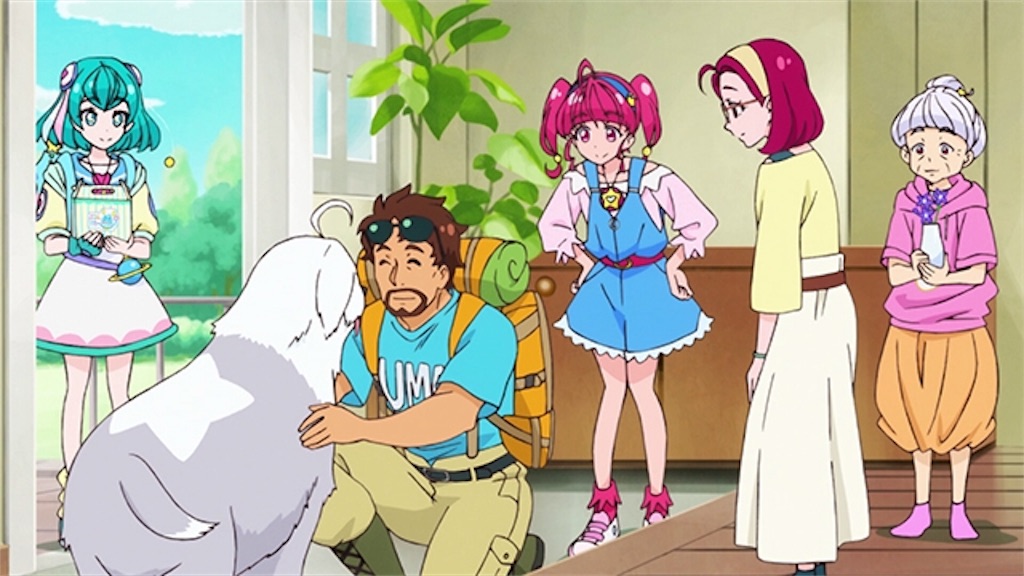 The air date, July 7th, is exactly the day of the star festival. This is since 2013, "Doki Doki! Pretty Cure".

Yoichi have gotten a job at the university outside Japan. Yoichi wanted to study in Japan, but in Japan, there were little positions to study UMA and so on. Yoichi hesitated to go abroad. But his family, his wife Terumi, and his daughter, Hikaru, cheered up to go. Because they also live their lives. But Yoichi's father, Harukichi, is an old type person. So he thought a family should live together. Then Harukichi blamed Yoichi. Harukichi is not a bad person. He just thought about Terumi and Hikaru.

Maybe Yoichi belongs to a university in the US. July 7th is on a summer vacation. So he can come back to Japan.

The Star Festival is based on a Chinese and Japanese legend.
The legend is from the fact that Altair and Vega , which are separated by the Milky Way, have a reunion once a year.
Yoichi's coming home story is derived from this legend.

July 7th is also LaLa's birthday. Because LaLa is Cure Milky that comes from the Milky Way. And the Milky Way is associated with the Altair and Vega's legend.

July 7th is a reunion day. Hikaru reunions her father, Yoichi. But a person who can't have a reunion. Uni is her name. Her old folks at home is still petrified. What do you think about the day of reunions, Uni?