This is the last episode of the 2nd quarter.
PreCures visit the snow and ice planet. [:contents]

Madoka sighs in the avant-title. She opens the piano's fallboard, but immediately, she shuts down. Althogh closing the fallboard, she puts the metronome in action and sighs. Madoka has not been so vital by now, but she has been cool. What makes Madoka sighing?

In the rocket, Madoka doesn't still look like good. She confesses that she can't practice the piano.

Lala says "You are busy to practice KyuDo."
Erena says "You have a job of the student council too."
But the reason why Madoka cannot practice the piano well is not her busyness. She cannot understand why she won the piano ctompetition. Because another girl's play fascinated the audience, but Madoka thought her play did not. 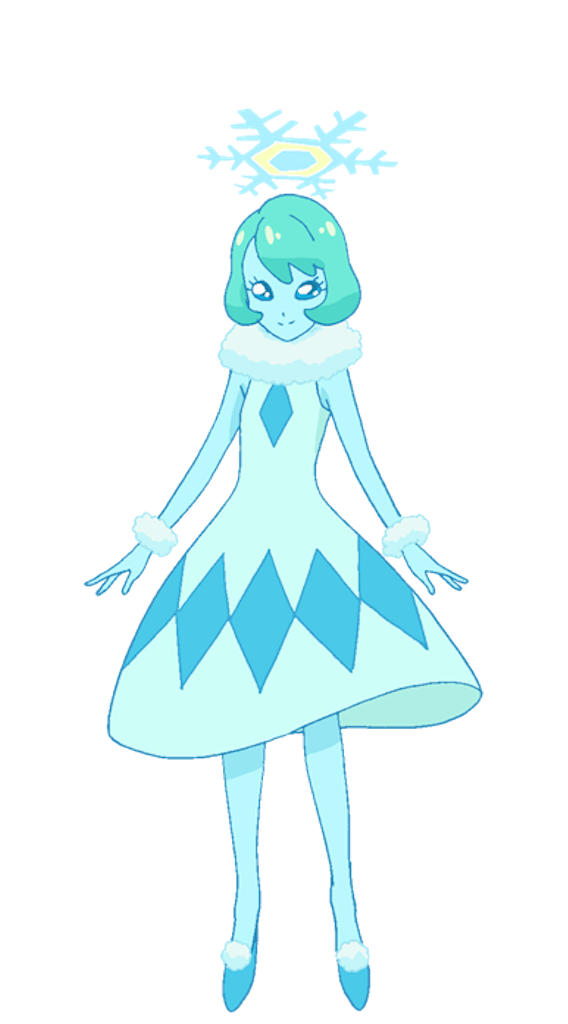 Irma is a girl without a smile.

Yukio want to see Irma's smile. Irma doesn't want to smile becomes she thinks Yukio didnot like her laughing. Yukio and Irma likes each other. But they don't aware.

What is fascinating the audience?

Madoka find the answer of this question. To fascinate other people, you must enjoy!

No Credit of the Pianist

Who played the piano?